Founder of the GAIIA
Hares Youssef

I was born in the province of Latakia into a very low-income family. We lived in a clay house, and we had no electricity, water, telephone, or TV. Nevertheless, I managed to visit the world in which people lived thousands of years ago, knowing nothing about modern civilization and its so-called benefits. I grew up close to nature, and the land gave my family everything. Since childhood, I considered the earth as a living being, as a Mother and a giver. The history of my native Latakia is connected with Mother because it's named after Laodicea, the mother of its founder Seleucus I Nicator.

As I grew older, I moved out of my childhood home. First, I moved to a small town, then to the capital of Syria before moving to the Soviet Union, where I entered a military school. A symbolic story is related to this event, as I never intended to be a cadet. I wrote poetry, was full of creative inspiration, and constantly criticized the Army, military equipment, and everything connected with it. I entered the Damascus Institute of Architecture, I won a place in the contest, and I was delighted to become an architect. One day, my uncle invited me over. He held a high position as a well-known politician. He convinced me that I had to leave and study in the military school (through the Ministry of Defence). I believed him because, at that time, we both thought this educational institution also trained architects. But that was not the case. I was discouraged when I realized that I was going to the Soviet Union, and studying architecture wasn't an option. I didn't know what would come next.

I remember how I entered the office, either of the general or colonel, where I had to choose my future speciality. He put the list before me and awaited my decision. Each option involved moving to a particular city. I focused on those professions that were foreign to me, and I didn't know what to do. None of my classmates had that choice, and, it seems, I should be happy with my privilege, but all I felt at the time was disappointment, frustration and shock. In response to the interrogatory look of a person who noticed my indecision, I admitted that I wanted to become an architect. He answered: "I don't have a 'career fair' for you, so you have to choose among the options." Behind that general or colonel, there was a geographic map with the flags of the USSR. After getting over the excitement, I asked permission to choose not from the list but from the map. There were names of cities, but they meant nothing to me. Finally, I pointed the finger at Kyiv. There were only three options: a tank school, an aviation school, or an anti-aircraft missile school. And I chose aviation.

When I arrived in Kyiv, I was depressed, I stopped eating and drinking, I refused to attend classes. I didn't want to be there. I bide my time and waited to leave. That summer, I left Kyiv and told my uncle that I would never go back. But he confronted me and advised me that I could not do architecture because obligations bound me to the Ministry of Defence. My uncle wanted me to graduate, so I had to return. They transferred me from an aviation school to a tank school, where the cadets had more freedom, but it was four years before I left. I deserted from the Army, and they caught me. Then I spent three more years trying to escape and free myself from my obligations to the Ministry. My uncle's friends, who had already left the country due to disagreements with the president, helped me.

At the age of 30, I faced a significant challenge. I needed to make money, do business to raise capital, and entirely devote myself to creativity, poetry, and philosophy, and no longer worry about financial issues. Unfortunately, the corporate world and the world of imagination, the world of business and the world of art, are:

Tired of sacrificing creativity, at 40, I decided to leave the business. But I understood the consequences of the decision. Firstly, I had many obligations, and secondly, my company was unable to exist independently. This understanding made me devote another five years to business. But I promised myself that I would break with the business world when I was 45 years old, no matter what. So, I decided to leave without debt. Over the past five years, my company has grown significantly, and I worked in the centre of political life in Ukraine. Then I was close to President Yushchenko, and in 2005 I assumed the role of an advisor (first on foreign investment, then on the Middle East). I was at the peak of my career.

When I was 45, I figured I could leave. I made the decision, and I took a private plane. I reached the top of a mountain in Switzerland and, standing there alone, I signed a contract with myself that I wouldn't go back into the business. Then I went to Paris, donated all my assets, all my real estate, and almost closed the company. The only company that still exists is Hares Engineering, which developed a new oxide ore treatment technology in collaboration with a Japanese company. I hoped that the company could work without me, supporting my projects, including the Foundation. Overall, everything went according to my wishes. I left business and politics, founded Fund 40, organized the first conference, and actively created a new alternative economy.

Suddenly there were grave problems. As the Japanese stopped developing the technological process, my company encountered financial difficulties and was in the process of going bankrupt. All that remained was a bunch of paperwork and employees who needed payment. So, I was faced with the need to find a way to make money again. Thanks to my strong reputation and good relations, I found an opportunity and maintained business by developing environmental technologies. 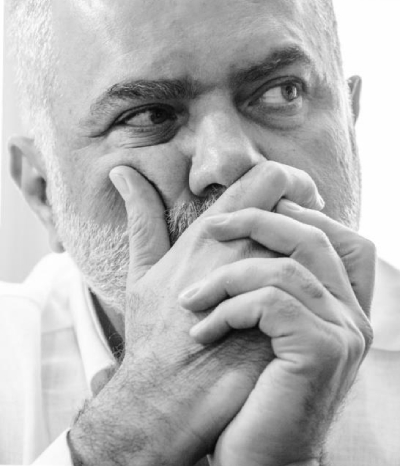 We are building a digital future. Everything we devise and invent, we conceive as a technology that can be implemented in the near future. In a sense, we are laying a new channel for progress, for those changes that the digital revolution brings to our world literally in front of our eyes. These changes are radical and irreversible, and we can’t afford to miss a single day.
Hares Youssef
Founder

The Gaiia project is the result of my personal experience. I want everybody to end the hamster wheel economy and take the opportunity to realize their most profound potential. Each of us is born with talents, with unique gifts, but faced with the system, we become slaves. Everything that surrounds us, everything that interferes with our life - politics, economics, religion, education - these limit and prevent us from becoming free people, people of will.

I know the way to change this. 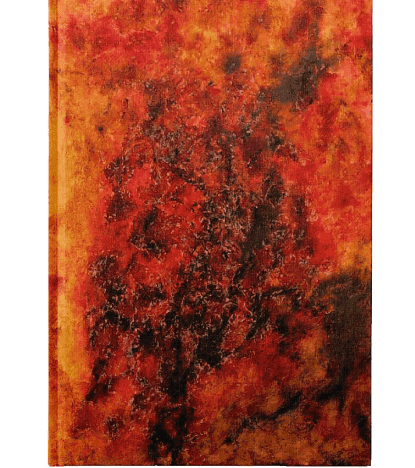 The philosophical, futurological novel Gaiia, written and published by Hares Youssef, is a story of alternative models for developing our planet.

The key to the future is a fundamentally new philosophy of economic activity, and a transformation of social relations.